Secondly, exports will be allowed to settle domestic trade in foreign currency with other resident corporates operating in the global supply chain.

Exporters will also be allowed to net off export proceeds in its permitted foreign currency obligations as a move to enhance business efficiency and cash flow management for exporters.

This means that exporters no longer need to seek approval from Bank Negara for netting arrangements involving export proceeds.

The fourth measure allows exporters to repatriate their export proceeds beyond six months in exceptional circumstances such as when their buyers are in financial difficulty.

While the six-month rule remains in place, this flexibility eliminates the need for exporters to seek the central bank’s approval in repatriating their export proceeds beyond the period for reasons beyond the exporters’ control.

For other purposes, approval from Bank Negara is still required.

The five new measures will come into effect on April 15 and further details will be provided on the same day in the revised Foreign Exchange Notices issued by Bank Negara. 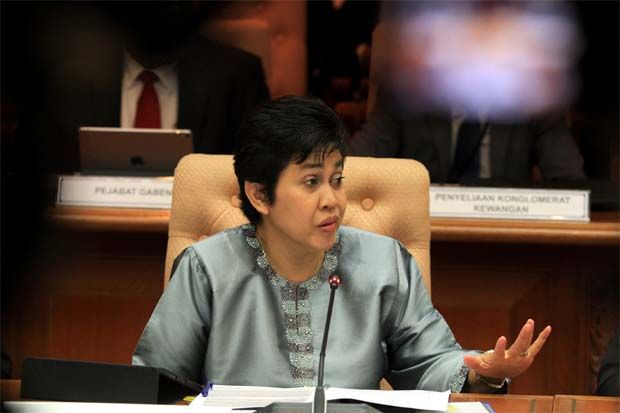 Bank Negara governor Datuk Nor Shamsiah Mohd Yunus (pic above) said the central bank has in recent years progressively liberalised its FEP to improve both business efficiency and the private sector’s management of foreign exchange risk.

“Recognising Malaysia’s vital position in the global supply chain and to foster a more conducive environment in attracting quality investments, the bank is pleased to announce the further liberalisation measures, ” she said.

She was speaking at a media briefing in conjunction with the central bank’s release of its Annual Report 2020, Economic and Monetary Review 2020 and the Financial Stability Review for the second half of 2020.

She also said flexible exchange rate adjustments will continue to play a key role in ensuring resilience against external shocks while the central bank stands ready to manage any excessive volatility through two-way foreign exchange intervention.

Commenting on the liberalisation of the FEP, Socio Economic Research Centre executive director Lee Heng Guie said these were positive developments from the perspective of the industry, as it provided increased flexibility for exporters to manage their foreign exchange.

“This is an ongoing effort by Bank Negara to continue enhancing and liberalising the foreign exchange rules.

“The objective is very clear, which is to facilitate Malaysian exporters and reduce the cost of transactions to improve business efficiency.

“We are an open economy and the central bank will always ensure that foreign exchange rules will be facilitative and not adding to more cost, ” he said.

How to Stop Illegal Activity on Tornado Cash (Without Using Sanctions)

How to Stop Illegal Activity on Tornado Cash (Without Using Sanctions)