Bitcoin price showing reluctance to renewed speculation that General Motors is entertaining the option of having BTC as a payment method for its vehicles and services. It would be a big step forward for the 113-year-old car company and allows it to play a little catch-up to the far trendier Tesla, which recently announced it would accept Bitcoin as a payment method.

Only a month ago, General Motors CEO Marry Barra denied interest in Bitcoin; “We don’t have any plans to invest in Bitcoin, so full stop there.” However, she stated that the company would monitor and evaluate client interest in using digital currency as a payment method in the future.

Apparently, GM’s interest in Bitcoin originated from a recent survey conducted by the company with customers to gauge how comfortable they would be using the bellwether cryptocurrency as a means of payment.

Is it such a surprise? Probably to most, but the fact is that General Motors started patenting blockchain uses for things like client security information and driverless automobiles two years ago.

On an intraday basis, BTC is locked below the extended neckline of the head-and-shoulders bottom formed in late February and early March. It provided support on March 16 and again on March 22 and March 23. In technical analysis circles, it is often said that what was once support becomes resistance, and if the downtrend is to continue, that needs to resist any rebound. 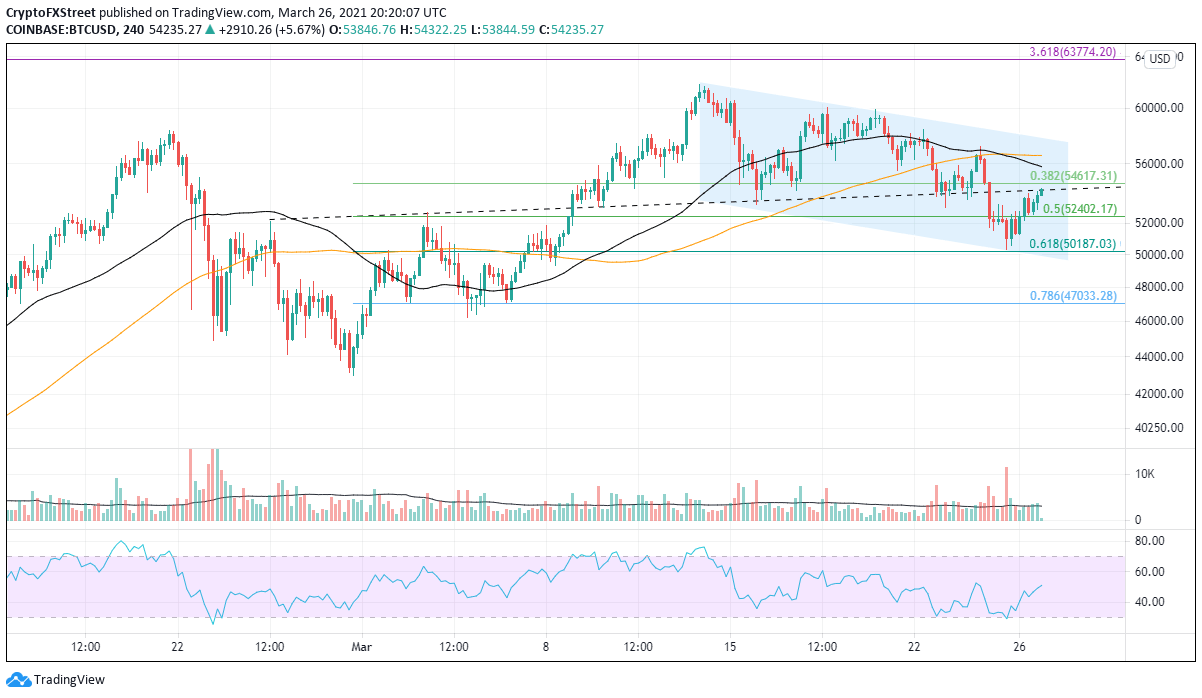 Any rally beyond the neckline mentioned above would quickly struggle with the declining 50 four-hour simple moving average (SMA) at $55,787 and then the 100 four-hour SMA at $56,582. The upper trendline of the channel is at $57,700.

‘Does Radio Ring a Bell?’: How the Metaverse Will Change Society