Crypto Exchange Inflows Swell as Stimulus Checks Arrive, But Will it Matter?

The largest cryptocurrency rose to over $61,500, led by optimism that the stimulus payments would be a boon to the digital asset’s months-long rally. However, as traditional equity markets showed mixed signals on Monday with a string of bad news, Bitcoin plummeted more than 10% alongside the broader crypto market.

Analyzing the Impact of Stimulus Checks on the Crypto Market

Since then, the digital token recovered most of its losses and retested previous highs. But can the $300 billion in stimulus checks lead Bitcoin and other altcoins to fresh highs? The answer is unlikely. As the first stimulus checks arrived in the past few days, there has been an influx in the number of crypto exchange deposits, as seen below.

Take a look at the density of tx count spikes the last week. pic.twitter.com/IJmS8I5prM

However, a more accurate representation of capital inflow into the crypto market would be the total volume of exchange deposits. Upon a closer look at total inflows in USDT (Tether), we can see that total volume rose to $1.5 billion on the first day of stimulus checks arriving, with a gradual decline to around $700 million in daily exchange inflows. From this on-chain data, it’s clear that the stimulus checks had a negligible impact at best. 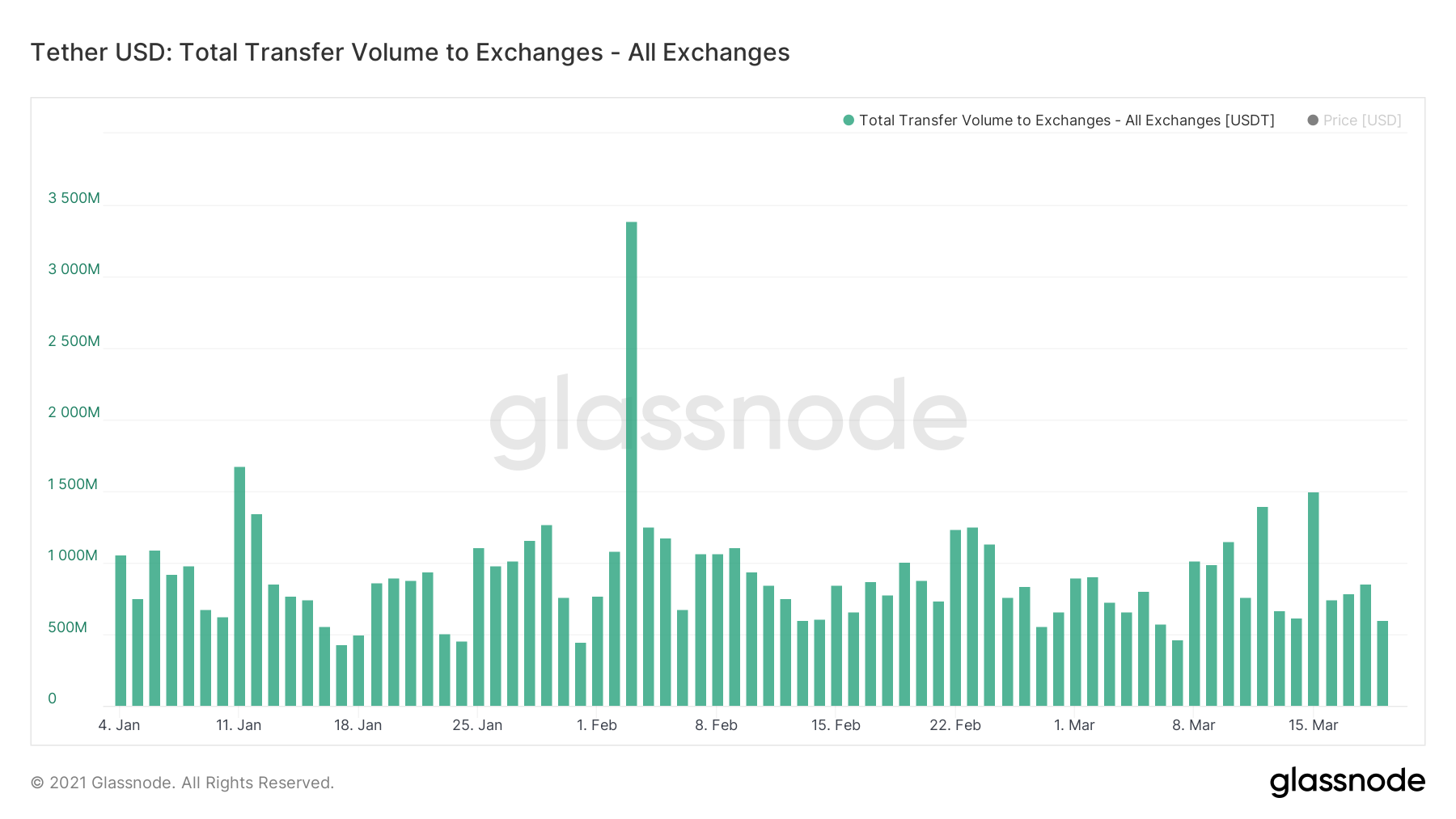 A recent survey done by Mizuho Securities indicated that nearly $40 billion in stimulus checks may be spent on equities and cryptos in the following weeks; it could be possible that not all stimulus checks had been claimed to leave a noticeable impact on cryptos. However, the Internal Revenue Service (IRS) reported 2 days ago that more than 90 million stimulus checks worth $242 billion had been delivered. This meant that about 80% of checks had already been claimed across the country.

So what does this all mean? A possible explanation is that analysts greatly overestimated the importance of stimulus checks, and overoptimism from traders led to the past weekend’s surge. Another possibility is that the potential capital inflow from stimulus checks was negated by bearish news of the Indian government proposing a total crypto ban and a whale allegedly dumping positions on platform Gemini. If the latter, another major catalyst may be needed for cryptos to continue their rally.

Is it time to freak out about the stock market and the financial system?