SUPPLY-DEMAND BALANCE:
The increase was in part due to the appreciation of international currencies in its portfolio against the US dollar, the central bank said

Taiwan’s foreign exchange reserves last month increased by US$1.85 billion from January, to a new record of US$543.33 billion, despite a slower growth from the previous three months, when the reserves increased by US$11.57 billion, US$16.51 billion and US$12.16 billion respectively, the central bank said on Friday.

Department of Foreign Exchange Director-General Tsai Chiung-min (蔡炯民) said that the slower increase was due to balanced supply and demand in the local foreign exchange market.

The central bank in the past few months took measures to slow the appreciation of the New Taiwan dollar against the US dollar, including buying the US currency, which boosted Taiwan’s foreign exchange reserves. 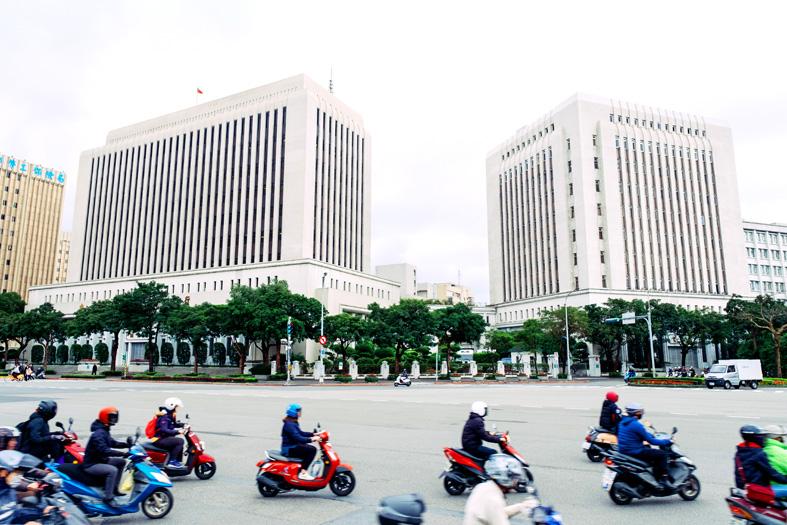 Tsai did not comment on whether the central bank last month increased its US dollar buying, but said that Taiwan recorded a net fund outflow of about US$20 million last month, citing Financial Supervisory Commission (FSC) data.

This indicated a supply-demand balance in the market as investors adjusted their portfolios, he said.

The increase in foreign exchange reserves was in part also due to higher returns from the bank’s investments, it said.

Other currencies in its investment portfolio appreciated against the US dollar, the central bank said.

The value of foreign investor holdings in Taiwanese stocks, bonds and NT dollar-denominated deposits was US$670.3 billion last month, up US$24.6 billion from January, due to a strong local equity market, reflected in the TAIEX’s rise of 5.39 percent, it said.

Foreign investor holdings were equal to 123 percent of the central bank’s foreign exchange reserves, up from 119 percent in January, posting a new record, data showed.

Comments will be moderated. Keep comments relevant to the article. Remarks containing abusive and obscene language, personal attacks of any kind or promotion will be removed and the user banned. Final decision will be at the discretion of the Taipei Times.