The stock market had a good day on Wednesday, and the Nasdaq Composite (NASDAQINDEX:^IXIC) in particular powered markets higher. The Nasdaq was up 1.75% at 2 p.m. EDT, and investors were generally pleased to see that the prospects for economic expansion and recovery look increasingly strong. After a slump, high-growth stocks  looked ready to return to their big gains.

Yet another popular trend lately caused an aberration that shows just how inefficient markets can be. The move affected investors in Discovery (NASDAQ:DISCA) (Nasdaq: DISCB) (NASDAQ:DISCK), and huge disparities across three different share classes effectively proved that at least in some ways, the stock market is fundamentally broken right now. 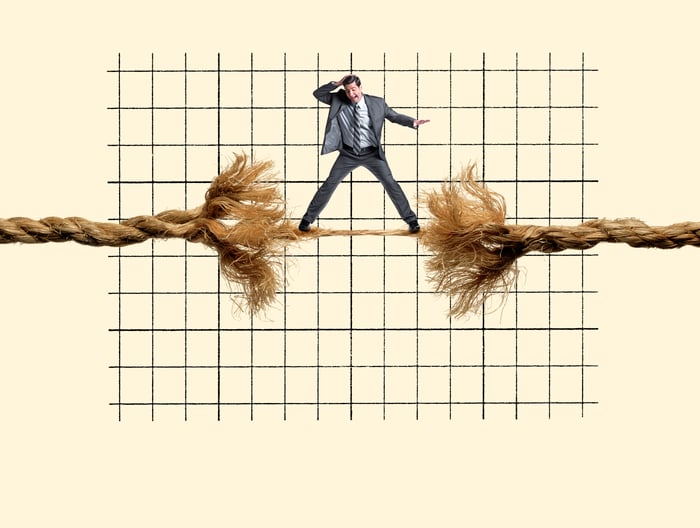 Discovery’s Series B shares soared more than 70% Wednesday afternoon. They had briefly doubled earlier in the session before falling back.

Discovery stock has been in the news lately as all of its share classes have seen big moves. For much of 2021, Discovery has been on the rise amid excitement about its Discovery+ streaming service. Yet last week, Discovery got embroiled in the saga of a margin call that devastated a Wall Street hedge fund.

What was surprising about Wednesday’s move was that it only affected one of Discovery’s share classes. Series A shares were up just 1.5%. Series C shares, which have a K at the end of their ticker symbol, gained just a fraction of a percent.

For years now, many companies have chosen to have multiple share classes. This allows early investors to retain voting control of a company even if they sell off a majority stake in its economic interest. Although tech companies were notorious for offering multiple share classes, the trend extended to the media industry as well.

Discovery’s three share classes have very different voting rights. Series A shares have one vote, while Series C shares don’t have any votes. Series B shares represent super-voting shares, with 10 votes per share.

That all changed on Wednesday, with more than 1.1 million shares changing hands as of 2 p.m. EDT. Some ascribed the move to the investors at the WallStreetBets investing board on Reddit. Others pointed to the possibility of a short squeeze, although short interest as of March 15 was exceptionally low.

Market inefficiency is here to stay

Most of the time, these three share classes trade in similar patterns. The super-voting shares tend to cost a little more than the Series A regular voting shares, which in turn trade at a slight premium to non-voting Series C shares. Interestingly, disparities started getting larger in the spring of 2020, with Series B shares being the first to rise until the other share classes caught up toward the end of the year.

Unfortunately, the recent surge will likely lead uninformed investors to make mistakes. Many will jump into the soaring Series B stock because it rose, not realizing that they could buy the same economic interest in Discovery at a fraction of the price. If you believe that Discovery is undervalued, then the right move right now is to buy the much-cheaper Series A or Series C shares.

Odd trading activity has been on the rise, and inefficiencies can persist a lot longer than you’d imagine. Eventually, prices of all three of these Discovery share classes will converge again — but it might not happen soon.

This article represents the opinion of the writer, who may disagree with the “official” recommendation position of a Motley Fool premium advisory service. We’re motley! Questioning an investing thesis — even one of our own — helps us all think critically about investing and make decisions that help us become smarter, happier, and richer.

Forex Today: Dollar stays on the back foot heading into the weekend

Forex Today: Dollar stays on the back foot heading into the weekend